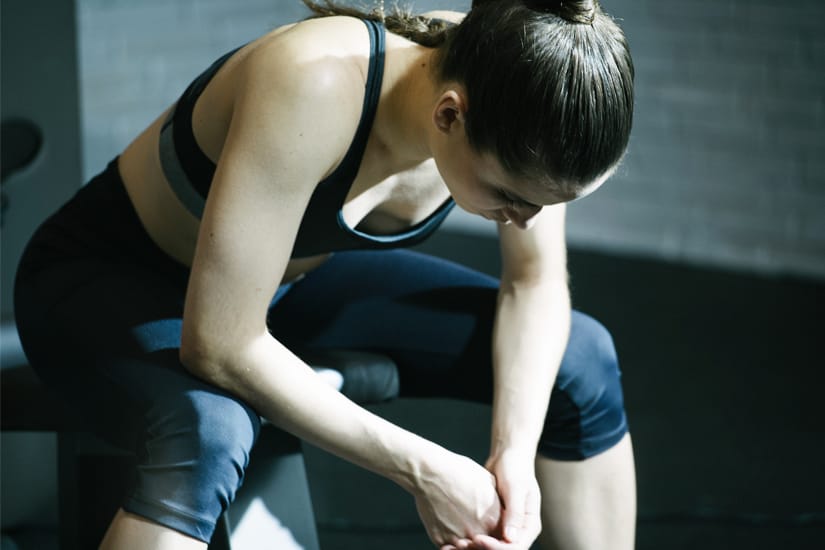 Dizziness is a challenging symptom to address because it can be caused by a number of factors. Many of these factors can be addressed through self-treatment, but in some cases, may require immediate medical attention. Here’s what you should know.

During exercise the body has an increased demand for oxygen, energy and water. Any deficit in these 3 resources can inhibit exercise performance and produce a number of symptoms including dizziness. With this in mind, let’s take a closer look at these resources ad highlight some simple strategies to optimize them.

During exercise, muscles have a higher oxygen requirement compared to rest. Oxygen utilization is dependent on a delicate balance between oxygen uptake and carbon dioxide produced. Those who are new to exercise, or are exercising beyond their capacity, may experience shallow and rapid breathing during exercise – a situation where less oxygen is taken up and more carbon dioxide is produced. This imbalance can bring about immediate feelings of dizziness. If this occurs, reduce your exercise level and take deeper breaths to restore balance. If the feelings of dizziness do not subside and are also associated with chest tightness, seek immediate medical attention. As a longer term strategy, speak to a personal trainer about proper breathing technique during exercise.

Lack of energy (low blood sugar) is another common cause of dizziness during exercise. This is most common when exercising in the morning on an empty stomach, but can also occur when exercising later in the days especially when meals are skipped. Because lack of energy is often cumulative, be sure to consume carbohydrate regularly during the day. If this is not possible, consume a carbohydrate snack at least 2 hours before your workout. When eating is not possible or desirable, have a fruit juice or suitable carbohydrate drink before exercise.

As with low blood sugar, lack of water can accumulate during the day, resulting in feelings of dizziness during exercise. In addition, sweat losses during exercise need to be replaced, alongside electrolytes that are also lost. Even a small loss of fluid can significantly impact health. The general rule is to drink when you feel thirsty, and reduce or eliminate coffee, tea and diet drink consumption. However, if you are exercising at higher intensities, consume a sports drink during and after exercise to replace electrolytes and fluid.

Feeling dizzy during exercise is not a normal symptom in healthy individuals. Simple self-treatment may help to alleviate and completely eliminate these symptoms but in some cases, dizziness may be a sign of an underlying condition that requires medical attention. If feelings of dizziness occur, stop exercising and rest, keeping your head above your heart. Sometimes, walking around and sitting down may help, but do not lie down. Consume some water and a carbohydrate snack, and if the dizziness does not subside within an hour, contact a doctor.